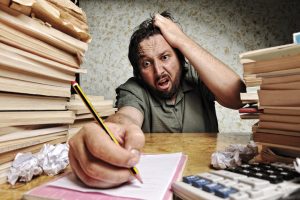 What happened in corporate accounting scandals – When a corporation deliberately conceals or skews information to appear healthy and successful to its shareholders, it has committed corporate or shareholder fraud. Corporate fraud may involve a few individuals or many, depending on the extent to which employees are informed of their company’s financial practices. Directors of corporations may fudge financial records or disguise inappropriate spending. Fraud committed by corporations can be devastating, not only for outside investors who have made share purchases based on false information, but for employees who, through 401ks, have invested their retirement savings in company stock.

have consumed the news media and ruined hundreds of thousands of lives of the employees who had their retirement invested in the companies that defrauded them and other investors. The nuts and bolts of some of these accounting scandals are as follows:
WorldCom admitted to adjusting accounting records to cover its operation costs and present a successful front to shareholders. Nine billion dollars in discrepancies were discovered before the telecom corporation went bankrupt in July of 2002. One of the hidden expenses was $408 million given to Bernard Ebbers (WorldCom’s CEO) in undisclosed personal loans.

At Tyco, shareholders were not informed

of the $170 million in loans that were taken by Tyco’s CEO, CFO, and chief legal officer. The loans, many of which were taken interest free and later written off as benefits, were not approved by Tyco’s compensation committee. Kozlowski (former CEO), Swartz (former CFO), and Belnick (former chief legal officer) face continuing investigations by the SEC and the Tyco Corporation, which is now operating under Edward Breen and a new board of directors.
At Enron, investigations against uncovered multiple acts of fraudulent behavior. Enron used illegal loans and partnerships with other companies to cover its multi-billion dollar debt. It presented erroneous accounting records to investors, and Arthur Anderson, its accounting firm, began shredding incriminating documentation weeks before the SEC could begin investigations. Money laundering, wire fraud, mail fraud, and securities fraud are just some of the indictments directors of Enron have faced and will continue to face as the investigation continues.